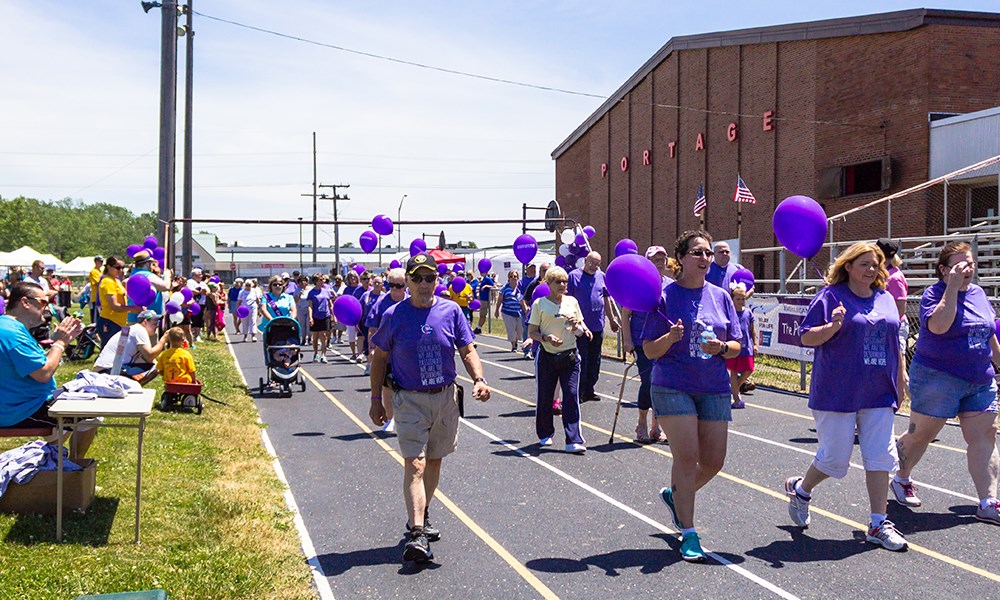 On Saturday, June 10, ‘Team Graycor’ participated in the American Cancer Society’s (ACS) Relay For Life in Portage, Indiana. For six consecutive years, Graycor has sponsored and walked in the ACS signature fundraiser and this year raised nearly $13,000 to give to the charity to fight against cancer. The team topped its previous fundraising goals, raising the most donations out of 36 teams at the event.

Graycor’s team, which included more than 50 Graycor employees, friends and family, walked laps in heat and high winds at Willowcreek Middle School’s outdoor track from noon until midnight. The half-day event included a survivors lap and luncheon, and luminary ceremonies to honor survivors and remember loved ones lost to cancer.

Graycor Team Captain Amber Smith, administrative assistant at Graycor Industrial’s Portage office, has organized the team’s participation each year. For this year’s walk, Amber raised sponsorship contributions of $6,700 which included $2,500 from Graycor’s Community Fund Program, as well as donations from vendors, local businesses and trade and union associations. She also managed Graycor’s silent auction, which raised another $2,300 in donations. The remaining balance of funds were received through can collections, bounce house signups, raffles and activities offered during the relay, as well as employee contributions.

Relay For Life means a lot to Amber, whose mother survived cancer. “I love seeing the survivors walking around the track and everyone clapping for them in praise of their accomplishments,” she says. “It’s why we Relay, to have more ‘In Honor’ survivors and less ‘In Memory’ luminarias.”

Graycor’s “Champion of Relay” award went to Dave Radtke, who reprised his top donator position from last year by individually raising the most donations—an impressive $1,150. Dave, who works at Graycor’s Yard and Shop in Portage, received baseball tickets and a gift card for his hard work.

The American Cancer Society’s Relay for Life is a national fundraising initiative that celebrates the lives of cancer survivors, provides an opportunity to remember lost loved ones and supports the fight against the disease